The Hong Kong Brahma Shrine opened on the morning of January 23, 2017. It was a mild winter’s day and the sun shone to welcome the deity and his first devotees.

During a two-hour opening ritual, Lord Brahma was raised onto his pedestal within the pavilion and some 100 worshippers made initial offerings of incense and white jasmine garlands as they circled the shrine in turn, stopping four times to pray. Copious amounts of fresh fruit and tiny, multicoloured ornaments adorned the altars and the sala’s inner sanctum.

The shrine was a vision of shimmering gold as fragrant smoke from the burning joss sticks filled the air. Sounds of musicians playing traditional Thai drums and xylophones heightened the sense of mysticism. Nimble ceremonial dancers clad in silk robes and ornate headdresses moved in unison, amplifying the spectacle. 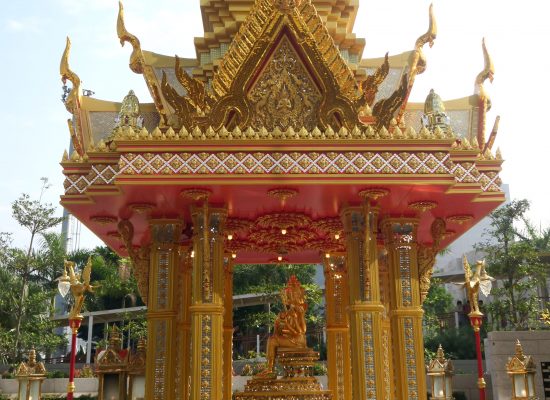 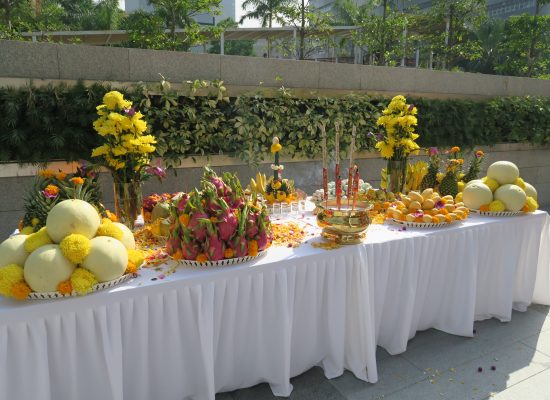 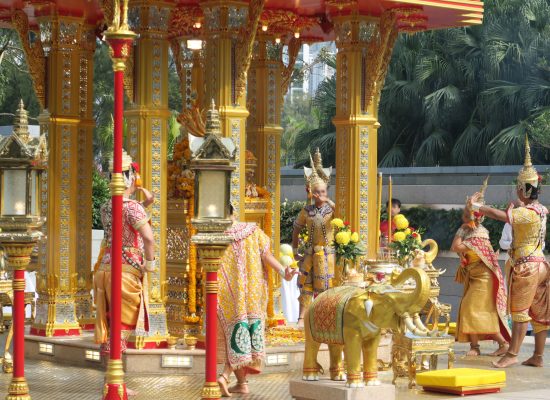 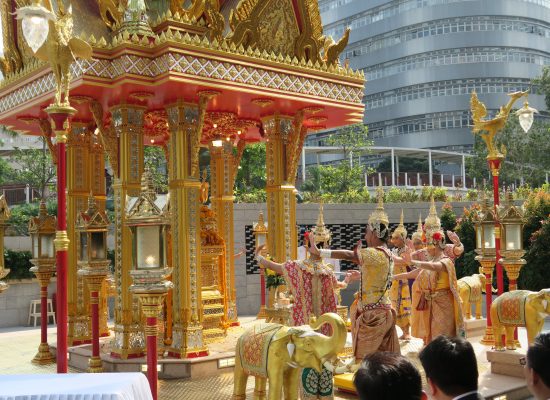 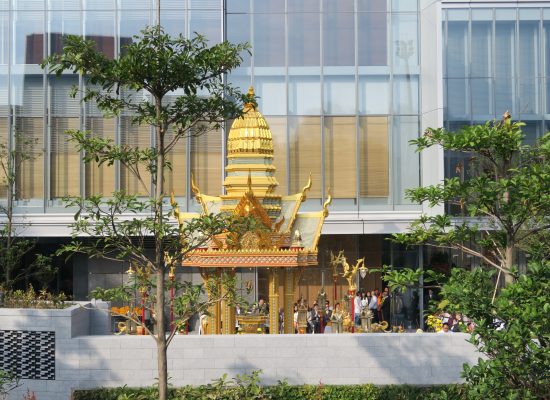 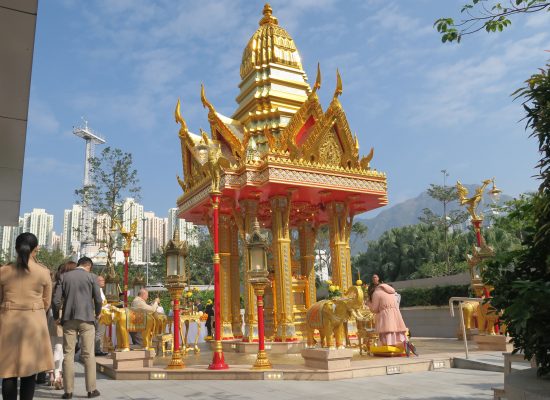 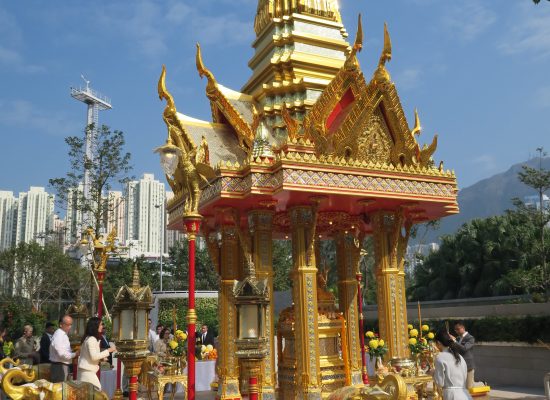