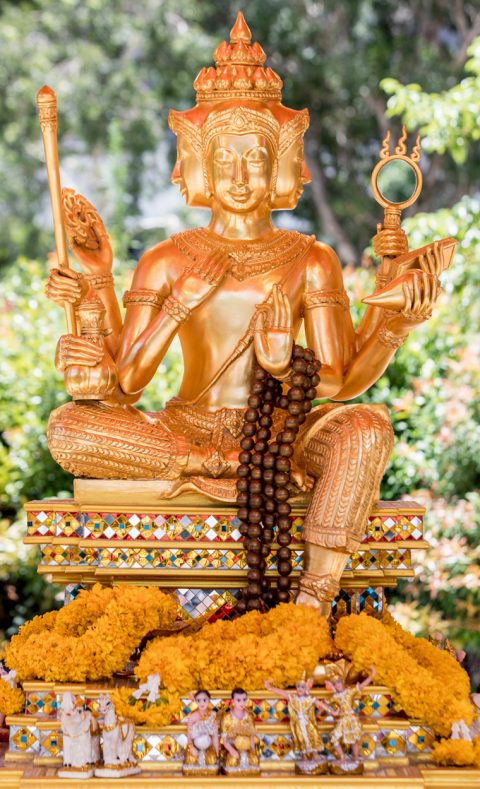 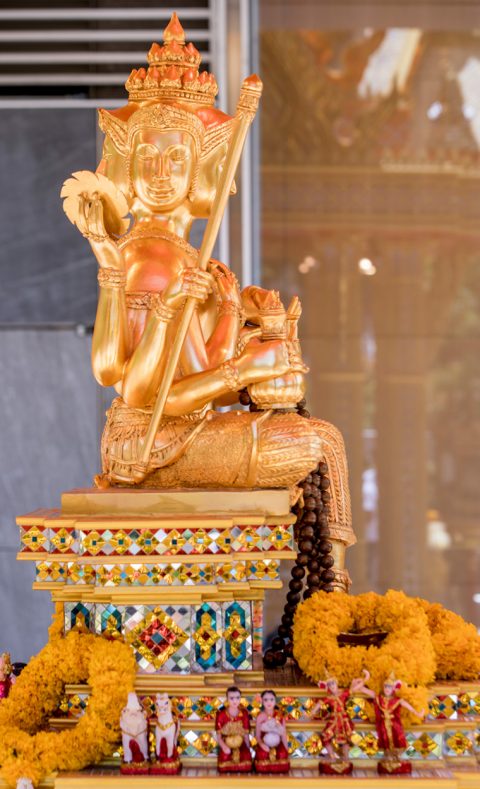 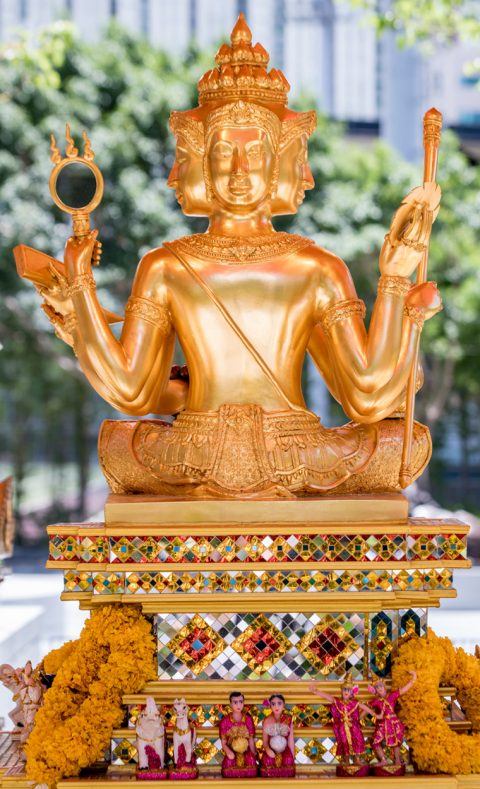 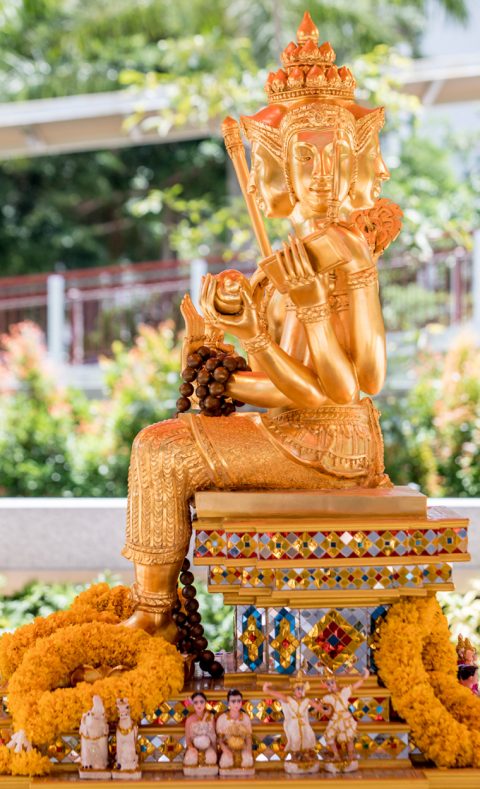 Lord Brahma is one of the Trinity of Hindu gods, the others being Lord Vishnu and Lord Shiva. He is the god of creation, and is considered benevolent and a guardian of good fortune. The deity is revered in Thailand, where he is known as Phra Phrom, and by many ethnic Chinese in Southeast Asia, who count on Hinduism’s Four-Faced God for luck and blessings.

Lord Brahma’s four faces, which look to the North, South, West and East, nod to the Vedas, the four holiest texts of Hinduism; hence he is also viewed as the provider of knowledge. As he looks down at humankind, his gaze is usually meditative, his eyes half closed. The deity is elevated at shrines, so worshippers may afford him due respect as they look up to seek blessings.

In traditional images of Hindu art, he is depicted as bearded, having four arms and holding an array of symbolic objects. The statue at the Hong Kong Brahma Shrine shows the deity clean-shaven, with eight forearms and hands. Prayer beads are looped over the lower left arm at the front of his body, and six objects are held in his hands: a water pot, a staff, a discus, a mirror, a book, and a shankha (a conch shell considered sacred by Hindus).

The book represents the scriptures, and the wisdom that comes with learning; the staff is a symbol of power and authority; water denotes the source of life; and the discus, mirror and conch ward off evil. A weapon of strength, the discus also bears a symbolic resemblance to the lotus and the sun. At the front of the shrine, Lord Brahma’s lower right hand is raised to his chest in a gesture of protection and grace.